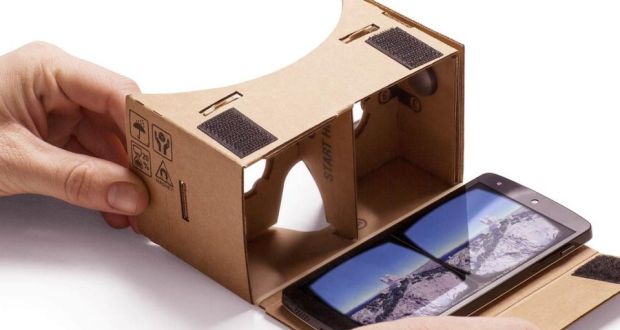 Some Wall Street firms are saying that virtual reality is in the early stages of its adoption cycle and is posed to be the next “smart-phone revolution” in four to five years. Recently, Deutsche Bank AG released a 68-page report on why it is bullish on this technology moving forward. One might dismiss this report as Wall Street hype, but when combined with other events such as the acquisition of Oculus Rift by Facebook in 2014 for a whopping two billion dollars, you have to consider the possibilities.

While the reports on comparisons to the smart phone market is one that might turn heads, the reality on virtual reality is not necessarily as clear cut. Horizon Media Inc., a privately held media services agency, also recently released the results of a survey of consumer interest in virtual reality (VR) devices. The poll, which was conducted on a random sampling of 3,000 people, found that a full two-thirds of those surveyed were completely unaware of the technology.

Perhaps the question lies not in the inevitability of VR technology taking off and becoming a large market for devices and applications, but rather what direction that market will take. Those that are aware of the technology see it mostly as a new device for video gaming and entertainment.

But is that all VR really is? A neat toy for video gamers?

Virtual Reality as a Toy

Though VR devices haven’t blossomed yet as a big consumer product, there’s already a small library of games for it, and even more in development. Companies are even creating some pretty amazing rigs too, which help immerse players by giving them the sensation of walking, moving, shooting or any other in-game action.

But… per Horizon’s survey,they’re still not really connecting with consumers. Why? Well, they’re pretty pricy, for one thing. The aforementioned Oculus Rift (and other name brands) will run you around $600 just for the headset; not to mention the cost of upgrades to your computer or gaming console. While $600 may be around the same price of a newer gaming console (and way less than a new gaming PC), the still-limited library of VR games is a big deterrent for would-be buyers. If you are going to drop $600 for an add-on to your gaming console, you are probably going to want a long list of games to make the purchase worth it.

Additionally, consumers are generally not convinced yet that VR isn’t just a fad and that any investment of their hard-earned cash would be well-spent in the long run.

There are other cheaper options for the VR-like experience, but they make use of your phone as the viewfinder, which hasn’t really gotten popular.

Virtual Reality as a Design Tool

Okay, so VR machines haven’t really picked up in the gaming community yet (as they were originally intended to do). But they are proving to be a unique and useful tool for designers of all types. Just a few of the many examples of the use of VR in non-entertainment capacities include its use by architects and engineers to give walk-throughs of their design files, in medicine for surgical training or to help patients with phantom limb pain, and in education for team-building and creative exercises.

A variety of professions have been using a combination of VR and hand-held tools to sculpt, draw, edit and manipulate aspects of products they are envisioning. For example, VR is being used by industrial manufacturing designers to create 3D drawings of a product in mid-air, utilizing a number of Autodesk platforms.

In the field of medicine, VR is envisioned to completely replace the need to use cadavers in the gradual process of training a surgeon, by allowing student surgeons to operate in a VR environment without any risk to patients. Stanford University has been providing simulated surgery for its students since as early as 2002.

While in education, several companies are looking to develop curriculum, teacher training and tools to support VR-based instruction in the classroom. These applications are primarily centered on the hard sciences, biology, anatomy and astronomy. These tools would allow students to step into these subjects in new and interesting way.

Applications of VR are still being explored in a variety of other industries, and Wall Street seems to think the potential is promising. The question still remains whether this new technology will become a pervasive as smart phones, as Deutsche Bank suggests.

Obviously Mark Zuckerberg feels it is the future based on his statement that “VR is the next step for Facebook”, whatever that may mean. However we have seen innovative technology that seemingly had all the right stuff, here’s looking at you Google Glass, fail miserably because consumers just don’t “get it”. Whatever the case may be, 2016 should be the year that this technology starts to come into its own.