We’re all about data migration and protecting linked data, but we’re also huge Star Trek fans. Nyota Uhura is the USS Enterprise’s translator and communications officer who specializes in linguistics, cryptography, and philology (the study of written texts as well as oral and written records). For over half a century, this role was played by the iconic Nichelle Nichols. Ms. Nichols passed away on 30 July 2022, aged 89, but her story and legacy are remarkable. 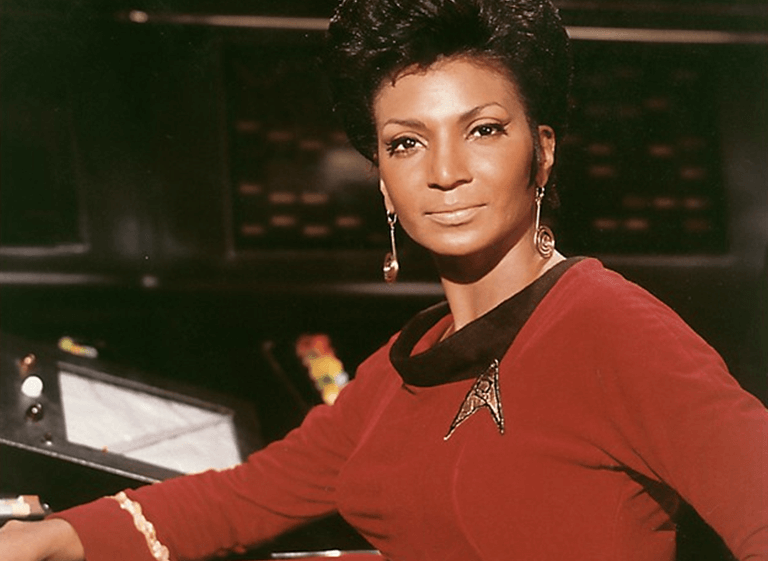 Nichelle Nichols spent more than half a century as Lt. Nyota Uhura aboard the USS Enterprise in Star Trek.

Nichols’ career started in musical theater, before branching out into modeling and touring the US as a singer with the Duke Ellington and Lionel Hampton bands. In 1964, Nichelle made a guest appearance on Gene Roddenberry’s first television series, The Lieutenant, in an episode that dealt with racial prejudice. She caught Roddenberry’s attention and was cast as Lieutenant Uhura in Star Trek.

After its first season, Nichols contemplated leaving Star Trek for a part in musical theater but was inspired to stay following a conversation with Martin Luther King Jr. As one of the first Black actors to portray a non-menial role on American television in her enduring role as an officer on the bridge of the Enterprise, Nichols served as a role model for women such Mae Jemison (the first Black woman to fly aboard the Space Shuttle).

Nichols worked on a resoundingly successful special project with NASA to recruit minority and female personnel for the space agency. Among the recruits were Dr. Sally Ride (the first American female astronaut), Guion Bluford (the first African American astronaut), Dr. Judith Resnik and Dr. Ronald McNair (both flew successful missions with the Space Shuttle program prior to the Challenger disaster).

In 2015, Nichols was a passenger aboard NASA’s Stratospheric Observatory for Infrared Astronomy (SOFIA), which performed an analysis of the atmospheres of Mars and Saturn during an eight-hour high-altitude mission.

Nichelle Nichols was, without a doubt, a role model and inspiration for both women and minorities. But a quick survey of our coworkers revealed that she’s been inspiring boys and girls from all walks of life for decades. As for Team LinkTek, Nichelle is one of the reasons for our interest in the space program, engineering and technology (not to mention playing a huge role in making lifelong Trekkies out of many of us).

What’s in a Name?

“Uhura” comes from the Swahili word, “uhuru,” which means freedom. “Nyota,” is also from Swahili, and means “star.” And so, we wish you, Ms. Nichols, freedom to go boldly among the stars. As Captain Kirk states in Star Trek: The Wrath of Khan, “It’s a far, far better thing I do than I have ever done before. A far better resting place that I go to than I have ever known.”

As for Team LinkTek, Nichelle is one of the reasons for our interest in the space program, engineering and technology (not to mention playing a huge role in making lifelong Trekkies out of many of us).