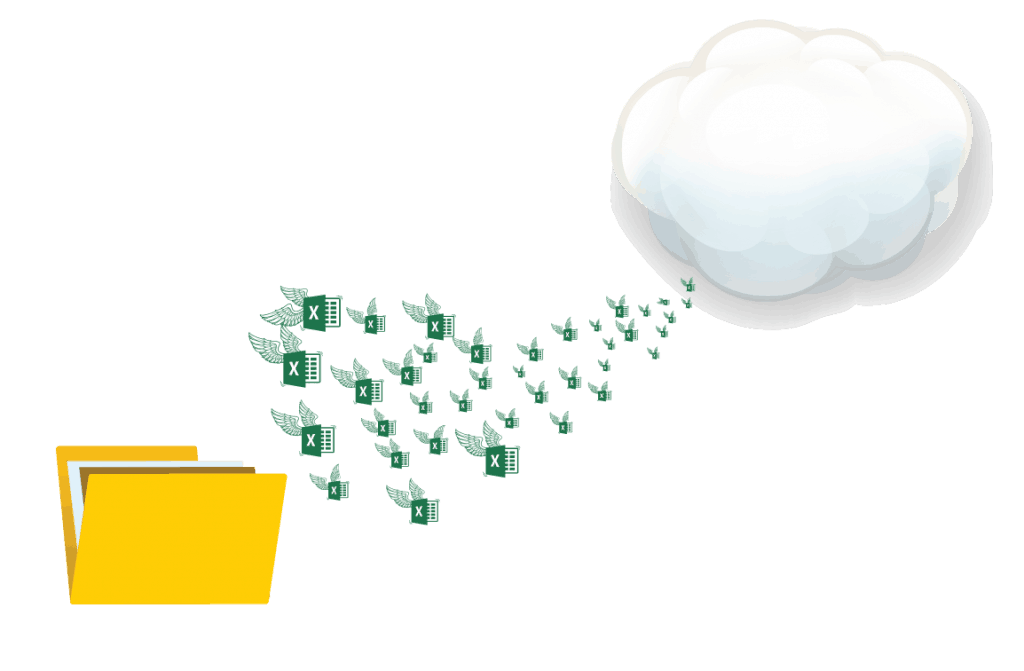 (CLEARWATER, FLORIDA, USA) — As with many organizations today, migration of its data to the cloud had been a long-term objective for British petrochemical market research consulting firm Tecnon OrbiChem Ltd. The company’s goal was not only to leverage the operational and financial advantages of cloud-based computing, but also, once the migration was completed, to downsize its offices and allow the majority of its employees to work from home —a target that has now been accomplished.  A major concern for Tecnon IT management was maintaining the integrity of the embedded data links in its documents. The company had successfully used link protection software from LinkTek Corporation in an earlier server migration, so when they moved to the cloud, in August of 2014, they again called upon LinkTek to ensure that, once the data migration was accomplished, all the links would work properly. As a first step, Tecnon used the “Inoculate” feature of LinkFixer Advanced to set up the links so that, when they became broken during migration, they could be easily repaired automatically. Then, Tecnon migrated its data to the cloud. This did in fact break all the links, but Tecnon, by using the LinkFixer Advanced “Cure” function, was able to repair the broken links quickly and automatically. Ken Gaukroger, Tecnon OrbiChem’s IT director, estimates that manually detecting and repairing broken links in these documents would have halted production for at least ten days. “Time,” says Gaukroger, “equals cost,” and this is particularly true for a firm like Tecnon OrbiChem, which in many ways operates like a publishing company, complete with deadlines. In addition to proprietary market research reports for individual clients, the company produces “Chemical Business Focus”, a set of monthly market reports on 17 different chemical product categories; “Chem-Netfacts”, monthly single-sheet price/business volume reports on 57 different specialty chemicals; “S/Db-CHEM”, an online database for the petrochemical industry; “World Market Surveys” on supply/demand balance in individual petrochemical market segments; and “Plant Data”, manufacturing information on chemical products broken out by product, region, country, producer, province, sitename, technology, feedstock, and capacity by year. In other words, Tecnon OrbiChem’s product is data, which its clients expect to be up-to-date and accessible. Broken links in these newsletters would have essentially halted production — in effect, bringing the business to a stop — until the links were fixed. If this had been done manually, Gaukroger estimates, it would have taken at least ten days. It would also have required the company to pull at least three staff members off their usual functions to handle the broken links full time, leaving their usual duties either to be picked up by other staff or to remain undone until the link crisis was handled. With LinkFixer Advanced, the Technon Orbichem IT department was able to complete the entire project in about three hours. “It’s really a brilliant tool,” says Gaukroger. “I’d recommend it to anybody.” “Based on our estimates of the time it would have taken to repair these links, says LinkTek Chief Operating Officer Ed Clark, “what Techon Orbichem paid forLinkFixer Advanced amounted to about one-tenth of the cost of otherwise manually performing the link repairs. But the greater savings was in avoiding downtime.” It’s been recently estimated that companies spend (lose) an average of $164,000 an hour when they’re experiencing downtime. “Disaster avoidance and recovery software should be a part of every IT manager’s toolkit — particularly today, when data migrations, which bring the probability of broken links and unusable data, are becoming more and more common”, Clark added. To avoid broken file links and consequent data corruption, IT managers involved in data migration are increasingly turning to LinkTek Corporation’s LinkFixer Advanced, the world’s leading solution for the management and automatic repair of file links. LinkFixer Advanced is the world’s only fully automatic fixer of broken file links; it handles batches of thousands or even millions at a time, and works on all major file types.