On the Wings of a Dream: A Solo Migration

Give it some throttle, feel the speed, apply gentle pressure on the stick, nose up and you’re climbing. Your adrenaline is pumping as you punch through the ethereal morning mist into a dazzling blue sky. You’re grinning ear to ear, airborne and free. The world is, quite literally, at your feet.

You’re a 19-year-old girl on the first leg of a crazy mission. It’s the 18th of August and you have no idea how long your mission will take, nor whether you’ll be successful. You’re heading west, for England. God willing, you’ll sleep in Aberdeen tonight and head for Iceland this time tomorrow.

The wind is blowing gently west by southwest and you visually scan the skies, checking the weather. Everything looks good. You’re still smiling as you settle at cruising altitude, musing where your mantra, “Just go for it,” has gotten you: up in the air, crossing the English Channel alone, in an aircraft the size of a gnat — embarked upon an around-the-world solo adventure. (Wouldn’t it be awesome if data migrations were this exciting? Stick around for some help with that.)

She traveled across five continents, visited 31 countries and flew straight into the history books.

At nineteen, Zara Rutherford possessed sufficient skills and sensibility to gain the confidence of sponsors and her family to support her globe-trotting, record-breaking wild dash across the mountains and oceans, jungles and deserts of Earth.

With impressive courage and determination, Zara chased a dream significantly larger than her five-foot four-inch frame in her bid to achieve greatness as the youngest woman to fly solo around the world in an aircraft.

Behind the pretty face of Zara Rutherford: determination, courage and an adventurous spirit that produced three new world records.

Both of Zara Rutherford’s parents are pilots, so it seemed par for the course when young Zara began taking flying lessons at the tender age of 14 and earned her pilot’s license at 18. What nobody could anticipate was that as she completed high school and found herself pondering what was next, instead of college or a gap year or a temporary job while she figured out her life, Zara decided that now was a perfectly good time to attempt something utterly crazy. “The dream was really to fly around the world, but I always thought it was impossible. It’s expensive, dangerous, complicated, logistical nightmare, everything,” Zara said in an interview. But apparently, none of that stopped her.

On 18 August 2021, Zara and her 23-foot-long Shark UL, one of the fastest ultralight aircraft in the world, flew into the great unknown, following a route chosen to fulfill Guinness World Records’ requirements for an “around-the-world” flight.

“At one point from Iceland to Greenland, I was at 600 feet above the water, which isn’t fun.” – Zara Rutherford

When the Sky Is Not the Limit

Other than unexpectedly lengthy delays in Alaska and Russia, due to either bad weather or bureaucracy, the trip was relatively smooth. Zara flies under VFR, which means Visual Flight Rules. That dictates that her aircraft is intended to operate only in visual meteorological conditions, meaning nice, clear weather. Clouds, heavy rain, low visibility, and adverse weather conditions should be avoided under VFR.

This meant no flying by instrumentation or night flights, but the upside, Zara says, is that she actually got to see every part of the world she flew over. However, according to the teen, there were some scary moments up north. “The weather was okay, but the cloud base was relatively low, which meant that because I’m VFR, I have to stay below the clouds. At one point from Iceland to Greenland, I was at 600 feet above the water, which isn’t fun, especially when you know it is very, very cold down there,” Rutherford said, explaining that for several hours, she also lost radio contact with air traffic control because of her low altitude, which must have worried the heck out of her family and support crew. 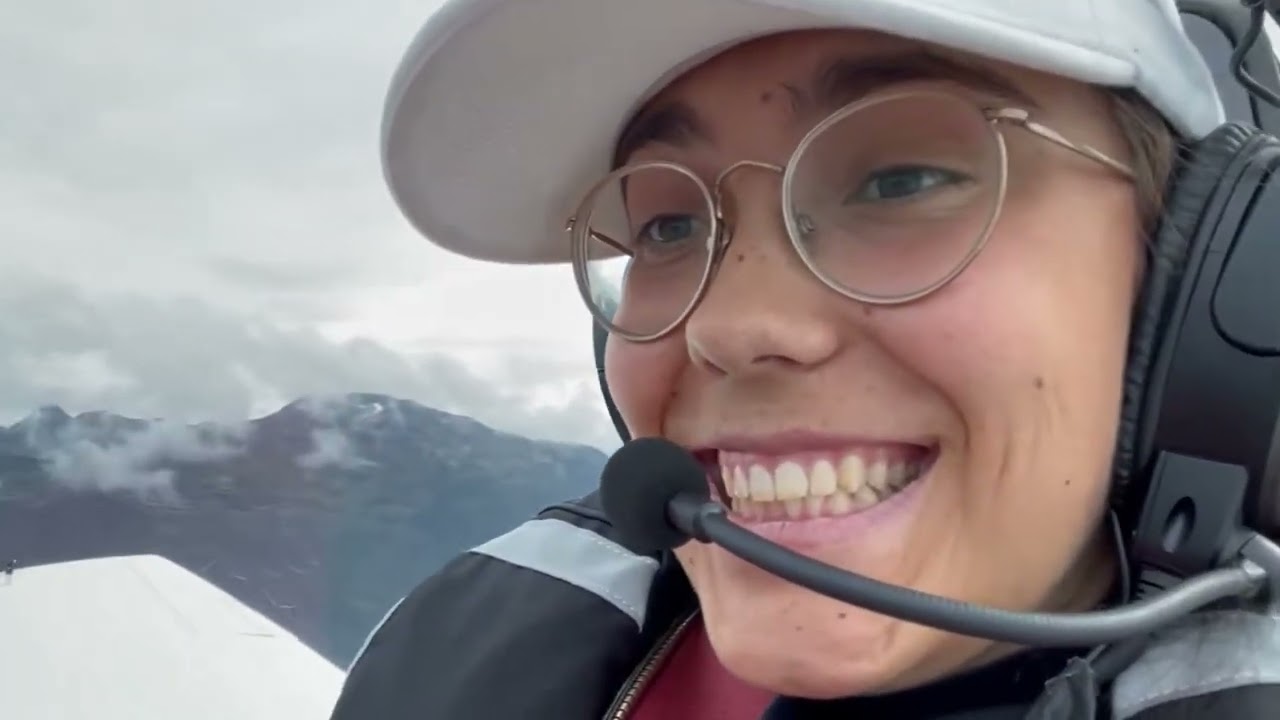 Zara hopes her adventure inspires other girls and young women to follow their dreams and believe that nothing is impossible. And what’s next for her?

The stars are calling, and Zara has her sights set on becoming an astronaut and space explorer. “Hopefully, one day I’ll be able to go a bit higher,” she laughs. “What I always say is, ‘Just go for it.’ It’ll take you out of your comfort zone.”

As an IT professional, you know that navigating through a data migration can be a bumpy ride. While we can’t eliminate every bump in your flight path, we can most certainly offer you a smooth, first-class ride when it comes to avoiding missing data due to broken file links.

LinkFixer Advanced™ can be used before a migration to ensure no data is lost due to broken file links. If the migration is already complete and you’ve got missing data blipping on your radar, LinkFixer Advanced is the disaster recovery tool you need. It will rapidly repair any broken links, instantly restoring that missing data.

Call 727-442-1822 to speak to one of our crew about a free demonstration or a no-credit-card-required free trial. Alternatively, visit us at LinkTek.com for more information so that you can confidently inform your IT colleagues and end-users, “Ladies and gentlemen, this is your captain speaking,” as you guide them through a migration with zero broken links and no associated data loss to report.

And with all the time you save, who knows where your next adventure will take you?

When it comes to avoiding missing data due to broken file links, we can offer you a smooth, first-class ride.