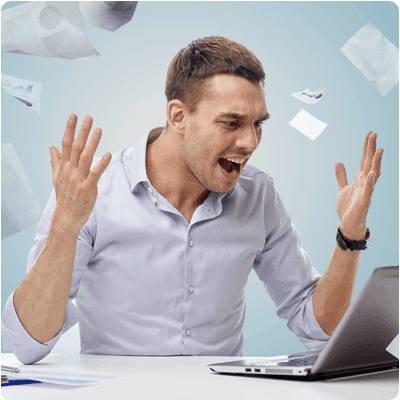 (Clearwater, FL) May 6, 2014 — A recent study of 20 of the largest companies listed on the S&P 500 found that among those brands with higher than 30% of the links on their websites broken were Nike (33%) and Qualcomm (50%), with more than 80,000 combined (1), equating to a large quantity of data loss, one-half of which, according to industry analysts, directly translates to monetary losses (2). But according to LinkTek Corporation, the international leader of data-migration software that automates the management and repair of file links, website links are just the tip of the iceberg in regards to important file links that are at risk. Frequently, data migration is the culprit behind lost data, delayed IT projects and increased downtime. To assist IT professionals in completing data migrations without the risk of broken links, LinkTek has announced its latest release of LinkFixer Advanced, which includes newly updated plug-ins that provide up to five times faster processing of Microsoft Office files and other supported file types.

Currently, the market is inundated with software that promises a full migration application with all the functions that most IT departments would need. But these applications fail to provide protection against broken links, meaning that data will likely be lost and/or compromised.

There are several difficulties that make data migration arduous for companies: the length of time required to complete the migration; the amount of mandated downtime; and the risk to the business from technical compatibility issues, data corruption, application performance issues and missed data or data loss (3).

According to LinkTek Executive Vice President, Rick Crites, data migrations require foresight and effective planning to avoid serious IT issues. One critical aspect of this planning is the handling of broken file links caused by moving or renaming files and folders.

“The lack of an application that preserves file links can result in lost data, diminished productivity and, potentially, lost jobs,” said Crites. “Most companies have a variety of file types, each of which has several versions and unexpected, undocumented anomalies. For example, the migration of Microsoft Office files, or the restructuring of a file system containing Office files, makes automatic link protection a must.”

LinkFixer Advanced is the world’s first and only patented software that automatically finds and fixes broken links in an organization’s most critical file types, so that migrations and file system reorganizations can be completed quickly, accurately and without causing lost data or lost productivity due to broken file links. The software consists of several automated functions that preserve, maintain and repair links in today’s most common file types:

Advanced can help. The software also allows users to use the Modify Links function to fix links that were previously broken. This method doesn’t require the pre-step of Inoculation and, in short, provides “disaster recovery” for 1) those who have already completed a migration prior to obtaining LinkFixer Advanced or 2) situations where someone changed something on the network, causing unexpected broken links.

In addition, LinkFixer Advanced provides a Move/Rename function that moves and/or renames files and folders, in batch, with the benefit of keeping links intact.

LinkTek services U.S. and international clients, across nearly every industry. In certain industries, particularly insurance, finance, energy and power, correctly handling data migration is critically important due to millions of links to secure and sensitive information that can get lost with current migration software on the market.

For more information about LinkFixer Advanced, visit www.LinkTek.com or call 727-442-1822.