How to Sweeten Your Data Migration

On a fine spring day five and a half thousand years ago, in what is now the country of Georgia, imagine a young man escorting his sisters to a tomb being prepared for a local noblewoman who is about to pass into the afterlife. They bring several clay jars of honey for her use in the great unknown beyond this mortal plane and carefully place them in the tomb. They have no idea that 5,500 years later their honey will be discovered by construction workers. They also have no way of knowing that the discovery will surprise archeologists and anthropologists of the 21st century. Why? Because their honey predates — by almost 2,000 years — ancient Egyptian honey that had also been discovered in a tomb and was previously thought to be the oldest honey on earth.

The truth is, the sisters’ honey was most likely wild-foraged, while the Egyptian honey probably came from beehives, since the first written record involving beekeeping comes from ancient Egypt. The Spanish, however, appear to have been honey-hunters long before the Georgian sisters and they have an 8,000-year-old cave painting to prove it. The painting, still visible on the walls of the Araña Caves in Valencia, depicts honey being gathered from a wild bees’ nest.

Truthfully, we don’t know exactly who placed the honey in the tomb of the Georgian noblewoman, who the first beekeeper in ancient Egypt was, nor who is captured in the Spanish cave-painting. What is clear, however, is that man has a lengthy history of coveting the golden sweet stuff.

Every third mouthful of food we eat is only possible because of the bees.

But what’s the connection to data migration? Well, apart from the fact that migrations can be as sticky as honey, adversity is frequently the mother of invention. We recently learned of a company, spurred on by adversity, that is engaged in the creation of a truly impressive product. Not only do we humans benefit, but their product also contributes to safeguarding our food supply on Earth. A win-win situation, and we like a good win-win (almost as much as we like food).

To Bee or Not to Be

The queen bee (marked in red) is much larger than the other bees and can produce up to 2,000 eggs per day.

Every third mouthful of food we eat is only possible because of the bees. Over the last 50 years, the number of crops — fruit, vegetables, nuts and seeds — that rely on pollinators has tripled.

Global production is currently approaching 4 billion pounds of honey per year, but the demand merely increases, year after year. A single bee produces about a tablespoon of honey in its lifetime. And the beleaguered bees aren’t coping, as dwindling bee populations prove.

How Busy Is a Bee?

We’ve mentioned pollination and honey, but what else do bees do? A large part of their daily activity is gathering pollen and nectar to make the honey, royal jelly and propolis that keep the colony fed and alive. Taking care of the queen bee is a full-time job, as is raising the larvae.

However, the bees are in trouble and their numbers are declining globally. The loss of habitat and food sources, exposure to pesticides and the effects of climate change are placing bees under enormous pressure and the stress is literally killing them.

The bees are working overtime while facing massive environmental stressors and they’re struggling for their survival. Dead bees don’t pollinate and that puts the whole of our food supply in danger.

We want our honey, but we also need our agricultural crops, and the bees need some time to recover and go about their business, taking care of their colonies and pollinating our fields. The bees need a spa day, yet large-scale bee-farming companies insist on profiting from their honey. So, what’s the solution?

A single bee produces about a tablespoon of honey in its lifetime.

Give a Bee a Break

Aside from enacting sustainable bee farming (which is a great solution and a topic for another article), one genius Israeli company, bee-io, has come up with its own unique solution. (It’s a clever name, too, spelling out the bio nature of their product.) It turns out bees and hummingbirds are not the only creatures that can harvest nectar. Humans can harvest nectar too. And we can treat that nectar with the same proteins found in a bee’s stomach, converting the nectar into honey. And while we’re doing this, the bees can recuperate and focus on pollination, which ensures our future food security. 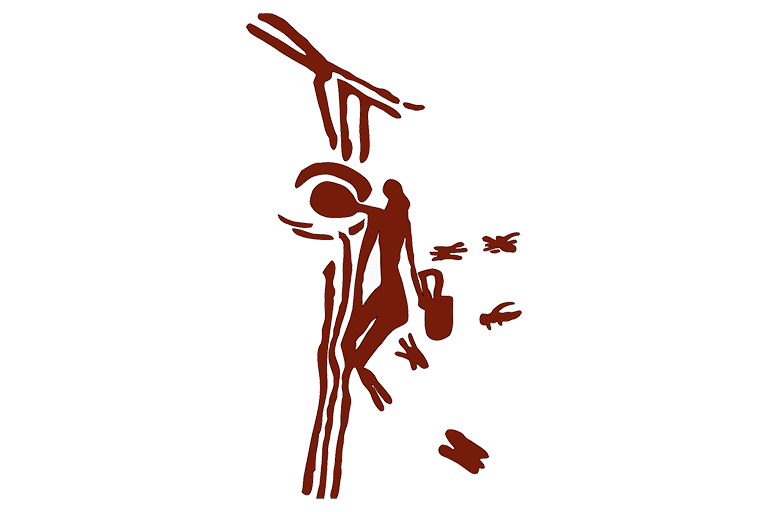 Cave-painting of honey hunter in the Araña Caves, Spain, estimated to be around 8,000 years old.

Fair enough, we hear you say, but what does this have to do with data migration?

Well, for IT guys, data migrations can be tough and you’ve no doubt had days where a spa day would have been welcome. But more than that, just as bee-io is doing everything it can to protect and save the bees, you can be the hero of your organization by protecting and saving your data. You could be the one to introduce a tool that eradicates one of the most common problems with data migration: the lost or missing data that occurs when file links break as part of the migration process.

We all know that data migrations are not without their fair share of problems. In fact, Gartner states that more than 80% of data migrations fail. There are several reasons for this. Eliminating data loss due to broken links isn’t going to solve all your migration problems but completely eliminating one of the most common problems will save your organization a ton of time and money.

If you’ve got an upcoming migration, seriously consider utilizing LinkFixer Advanced™ to protect your linked data, pre-migration. If you’ve already completed a migration and are experiencing missing data due to broken file links, then LinkFixer Advanced is the disaster-recovery tool you’ve been hoping for.

You can reach a busy bee at 727-442-1822 and request a free live demo or no-credit-card-required free trial. There’s more information at LinkTek.com, including data on various types of migrations. Lastly, if you’re still thinking about it, here’s something to consider: In the time it takes the average IT professional to find and fix a single broken link, LinkFixer Advanced can find and fix about 6,000 of them. That gives you plenty of time to buzz off and do what makes you happy.

You can be the hero of your organization by protecting and saving your data.