Bigfoot and the Data Migration

What do you do if you’re enjoying a hike through the woods when you suddenly stumble across some footprints that appear decidedly humanoid, yet are far too enormous to belong to any normal human? There’s a good chance that modern man’s “fight or flight” response has been replaced by the instinct to whip out a phone and record the event for social media. From an evolutionary standpoint, only time will tell whether this response increases or decreases the survival of the species. But as a practical, sensible IT guy, what would you do? Flight or film?

Bigfoot, Sasquatch, Yeti, Yeren, and Yowie. All over the world, various cultures have a version of the creature also known as the Abominable Snowman. Regardless of the continent from which they hail, they seem to have three things in common. One, most sightings, photographs or video are believed to be hoaxes. Two, there is frequently some idea that the mysterious hairy figure is somehow related to Darwin’s “missing link,” and three, there might just be a pinch of truth to the creature’s existence, as there have been a few attempts at scientific investigation, with results that provoke more questions.

As a practical, sensible IT guy, what would you do? Flight or film?

Much as the notion of Bigfoot may thrill, frighten or intrigue (or at least cause a few laughs), what gets us excited are the words “missing” and “link.” Anyone who’s ever done a data migration will understand this, because it’s common for data to go missing during a migration, and frequently, it’s due to broken links. Ta da! See where this is going?

There’s a Yeti in My Migration 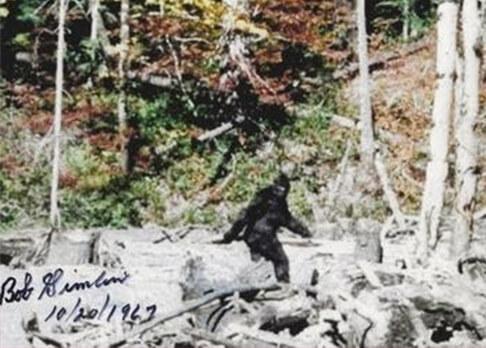 Perhaps one of the most famous images of Bigfoot. 20th October, 1967 by Bob Gimlin.

Your migration is complete. For the most part, it’s gone well, but the end users are complaining about missing data that is making it impossible for them to do their jobs, your boss has had his beady eye on you all day, and there are rumblings that management is not happy with the status quo. Sigh. It’s the same old, same old.

Post-migration missing data is more common than it should be and one of the most common causes for that missing data is the file links that get broken during the migration. It’s not impossible to fix but finding the broken links and repairing them can be a massive undertaking that chews up money and resources like Bigfoot at a barbecue. But fear not. Salvation comes in the form of LinkFixer Advanced™, an extraordinary tool that finds and fixes broken links, instantly restoring the missing data.

It’s also incredibly fast. In the time it would take the average IT professional to find and fix just one broken link, LinkFixer Advanced can do the same for about six thousand links. If you want to put an end to the user complaints, get the boss off your back and have management focus their attention elsewhere, LinkFixer Advanced is your answer.

If you’ve not yet started your migration, then now is the perfect time to deploy LinkFixer Advanced to protect your links and prevent missing data from occurring in the first place. Who wants a yeti in the IT department?

For more information, visit LinkTek.com or call 727-442-1822 to speak to a friendly Service Consultant and get a free demo. Don’t forget to ask them about the third way that LinkFixer Advanced can be used. Then get ready to get out of the office on time. And don’t be surprised to see Bigfoot heading out of the building and back into the woods where he belongs. Bye-bye, Bigfoot.

Finding and repairing broken links chews up money and resources like Bigfoot at a barbecue.