What do ankle monitors and missing data have to do with one another? Ask the Dallas Police Department, who had to release a murder suspect without bail just days before his trial was due to start.

You’d be forgiven for scratching your head and wondering, “Is this some weird Hollywood plot?” We had the same response and no, it sadly isn’t a Hollywood plot. It’s a cold fact and it happened recently in Dallas, Texas.

A bungled data migration in which the Dallas Police lost eight terabytes of data, potentially including case files and evidence, led to Jonathan Pitts being released. If the data is ever recovered, Mr. Pitts will get his day in court. Failing that, he’ll be wearing an ankle monitor for an undisclosed length of time.

We’ve said this a thousand times before and, of course, in a situation such as this, we’re reminded to say it again: There are two critical things to consider when approaching a data migration. One, have a detailed migration plan in effect before you start. Two, have backups that have been tested so that in the event of a failure, you can restore your data. Following this advice may have prevented the release of a murder suspect.

While the precise technical cause of the missing data at DPD has not been announced, it does point out the importance of “closing all the holes” that are known to lead to data loss during migration.

So, what actually happened in Dallas?

Earlier this year, the Dallas Police Department (DPD) undertook a data migration between 31 March and 5 April, during which 22 terabytes of data were reportedly destroyed. Approximately 14 terabytes were recovered (presumably from backups), leaving approximately 8 terabytes missing and believed to be unrecoverable (which brings the state of those previously mentioned backups into question). Those 8 terabytes included criminal case files created prior to 28 July 2020, although prosecutors have stated that the precise number of missing case files is currently unknown. 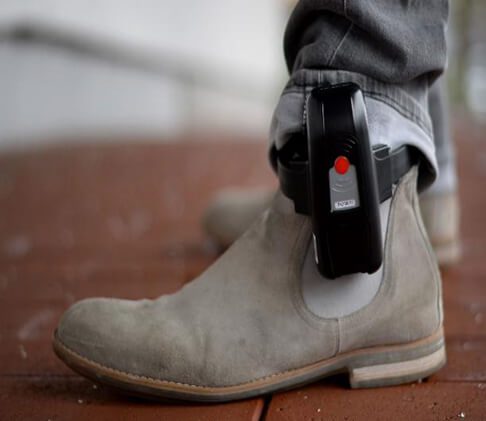 An ankle monitor: The unexpected result of a police department data migration.

The local CBS news station quoted Toby Shook, former Chief of the Felony Trial Division. “This could be a very serious issue,” said Mr. Shook, a Dallas defense attorney, who also worked as a prosecutor for the Dallas District Attorney’s Office for 23 years. “This is a really big red flag if you’re a defense attorney. You have to determine if there’s evidence, interviews, potentially exculpatory evidence that’s been lost by DPD.”

The presiding judge granted Pitts’ release without bail since state law requires a person be freed if prosecutors aren’t ready at the time of the trial, according to Pitts’ defense attorney, George Ashford III. While a Dallas police spokesman denied evidence was lost in Pitts’ case, the lead detective said he couldn’t be sure that nothing was missing until a city audit was completed, thus Mr. Pitts was eligible for release.

Having been held in the Dallas County jail since his arrest, with the evidence in his criminal case ostensibly unavailable at the time of his trial, Jonathan Pitts, who pleaded not guilty to the murder charge in 2019, was released on Monday, 16 August 2021.

Get that Data Locked Down

While the precise technical cause of the missing data at DPD has not been announced, it does point out the importance of “closing all the holes” that are known to lead to data loss during migration. One of the most common causes of data that goes missing during a migration is the file links that get broken during the migration process. The LinkFixer Advanced software consists of several automated functions that find, fix and maintain links:

One of the most common causes of data that goes missing during a migration is the file links that get broken during the migration process.

If the case in Dallas has you contemplating the risks of an upcoming data migration (or one you’ve recently completed), check out this eBook and consider using LinkFixer Advanced to prevent one common cause of missing data. For further information, visit LinkTek.com or speak to a friendly Service Consultant at 727-442-1822 for more details on how it can help you. LinkFixer Advanced. Effective? Yes. Fast? Yes. Reliable? Every time.